She was a generation older than me—twenty years. Although she was old enough to have been my mother, she was far more of a beloved auntie, a cherished friend, the closest of confidants. I met Shirley at the YMCA in the first yoga class I ever took and then, two years later, she was there in the very first yoga class I taught. When I herniated a disc in my lower vertebrae early in my teaching tenure, Shirley volunteered to be my yoga model. She had a front-row seat to those seminal moments that propelled me towards a sure trajectory into the future.

Shirley died unexpectedly on May 21, 2020. It’s been a staggering loss that I still haven’t fully processed.

If you were lucky enough to be loved by Shirley, you knew it was an honor bestowed to few. Cynical, sarcastic and stubborn as hell, she erected a mighty fortress around her heart. For good reason—like many of us, she had been hurt and betrayed throughout the years. But if you passed the test and she found you trustworthy, you were given her full heartgift. Her heart that shimmered like late afternoon sunlight glinting off a pond. A heart that was yours for life. I believe it’s good and healthy to have those friends who tell you the hard truths–those things that you need to hear but are hard to say. I value those friends. But Shirley was the only friend I’ve ever had whose love was truly unconditional. She was unapologetically biased and loyal, Team Tracie all the way. If I needed a shoulder to bitch on, a sympathetic ear, a soft place to fall, Shirley was there to assure me that my instincts were right and that I was worthy. She always had time for me.

We spent our early years in coffee shops discussing backbends after yoga class, sipping Baileys around my bear tree at Christmas time, sharing stories about our families and our disillusion with physicians and faith and organized religion. When my mom died and I told Shirley about seeing a butterfly that I was so certain was my mom’s spirit visiting, she nodded knowingly. After all, she had shared with me that her own mother’s spirit would show herself as electrical disruptions—flickering lights, appliances that oddly stopped working and then began again. We laughed about and loved those mysterious signs from the Universe.

I took her for granted, as we often do with friends. When she and her husband moved to Las Vegas four years into our friendship, I was gutted. We had regular phone calls and I’d often suggest that I could fly down to visit her, but she seemed wary, telling me that she wouldn’t be able to visit The Strip or do much fun stuff with me. Her husband was a paraplegic and Shirley was his primary caregiver. As much as I insisted that I only wanted to hang out with her, I never felt like she gave me a green light to book that flight. I wanted to respect her wishes.

As the pandemic hit, I checked in with her, knowing that both she and her husband would be at greater risk. They were doing well, she told me cheerfully, staying home and keeping in touch with the grandkids via FaceTime and Zoom. It was in early spring of 2020 when she excitedly shared the news that she and her husband would be moving to the San Diego area to live with one of her daughters. She waxed on about how beautiful the house was, how it would allow them to have their private space, how it seemed almost like a resort. Her good news gave me a sense of relief. Finally, she would have more support and be able to rest. Over the years, I had noticed a troubling trend in our conversations—a constant fatigue, no impulse to do anything more than what was necessary. The Shirley I had known was vibrant and curious, with energy that defied her age. Her excitement about this fresh start was only dampened by the immensity of the impending move. There’s just so much to do, she’d sigh.

You always remember the moments you receive devastating news. The phone call, that text, the conversation that sharply delineates the time before and the time when nothing will ever be the same again.

Shirley had a heart attack. She didn’t survive emergency surgery. I had just returned home from donating blood when I got the text from her husband. I’m so sorry, he wrote.

She guarded her heart like a fortress, but it was her heart that ultimately betrayed her.

I like to call myself a Grief Ninja, but losing Shirley was a loss that unmoored me. I sobbed and grew angry. I bargained and asked “why”, all while imagining the utter heartbreak her husband, two daughters and seven grandkids must have been feeling. I bought condolence cards for her family but couldn’t find the words to write in them, so they sat, undelivered, on my dining room table.

I wanted to know why I hadn’t felt her around me. Of all people, I thought. After all our conversations. What little faith remained in me was quickly drained.

I joined a writing challenge later that month where we were to write 1000 words a day for two weeks. On the first day of the challenge, I sat at my computer and poured out my grief, my anger, my bitterness over Shirley’s death. I asked her where she was and why she hadn’t visited me. I cried until the screen was blurred by tears, forcing me to take a break. And then I wrote some more. Later that day, having felt purged of so much stagnant grief energy, I picked up the cards and carefully wrote my words to each of her daughters and her husband. After taking them to the post office, I felt a shift. Writing is a cathartic act.

That evening, I had just put the dog to bed and was brushing my teeth upstairs when I heard a piercing sound over the buzz of my electric toothbrush. I stepped outside the bathroom to hear our smoke detectors blaring. The Mister, my daughter and I frantically searched inside and out for any sign of smoke. We pressed the silence button, but to no avail. Finally, after what seemed like forever, the alarm abruptly stopped. Hearts pounding, the three of us breathed a nervous sigh of relief. I looked down from the top of the stairs to The Mister, who had just come inside after checking the exterior of the house. “I know this sounds crazy,” I prefaced, “but I’m pretty sure that was Shirley.” A wry smile crept over his face, and he nodded. Yep.

I swore I could hear Shirley laughing as I climbed into bed that night.

It was months later when our carbon monoxide detector began chirping early on a Saturday morning. I took it downstairs and wrestled the battery from the back to quiet the noise. The calendar on the kitchen wall reminded me of the day—December 12. It was Shirley’s birthday, her first since she had died. It’s easy to explain away, to be sensible, but I chose instead to let it comfort me. Since then, our smoke detector has mysteriously gone off just one other time—on May 29, the one-year anniversary of that evening when my toothbrushing was abruptly interrupted by the alarm. The credits were rolling from a movie The Mister and I had just finished watching when the alarm startled us into action. But there was no smoke, no apparent reason.

I’ve had countless conversations with friends and family about what happens after we die. I don’t believe in specific places like heaven and hell, but I want to believe there is something. Humans are energy. Science confirms that energy doesn’t disappear, but instead simply changes shape and form. The butterfly I saw after my mom died seemed so matter-of-factly her. The unmistakable odor of cigarette smoke The Mister and I smelled in our garage and hallway for weeks after my dad passed away. My dad, a lifelong smoker. The electrical disruptions that gave Shirley comfort and belief that her mother was nearby. Comfort in one’s grief is a good thing, so I’m holding on to that. If nothing else, comfort.

I’m writing this on December 12, Shirley’s birthday–her second since her death. I’d be lying if I said I didn’t wait all day for a sign from her–a blip on the screen, a chirp of an alarm, a flicker of a lamp to assure me she’s still here. She’d hate to be so predictable, though, so I wasn’t surprised when I didn’t get what I was waiting for. My brother recently mused that although he believes our earthly spirit may linger for a bit in the ether, in that place between here and wherever our energy lands in the after, that eventually we move on.

Faith is much like our intuition. It’s a place of knowing without knowing. The truth is, no one knows. I simultaneously love and hate that.

So, as humans with vital, beating hearts, we move on as well. Our grief–just like our afterlife energy–changes shape and form. It ebbs and flows, startling us with its intensity at the most inopportune times. If you are mired in that web of grief, be it fresh or ancient, I see you. Immerse yourself in that which comforts you and may there be glimmers of peace as you walk through your grief.

And if you need me, you can find me over here, doing the same. 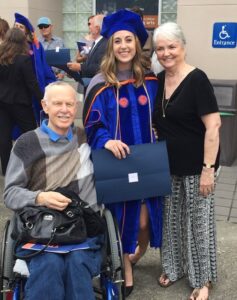 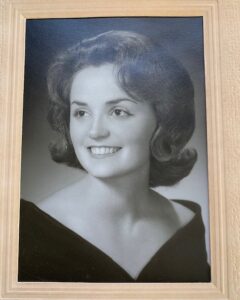